Posted by Lark Tattoo, no comments 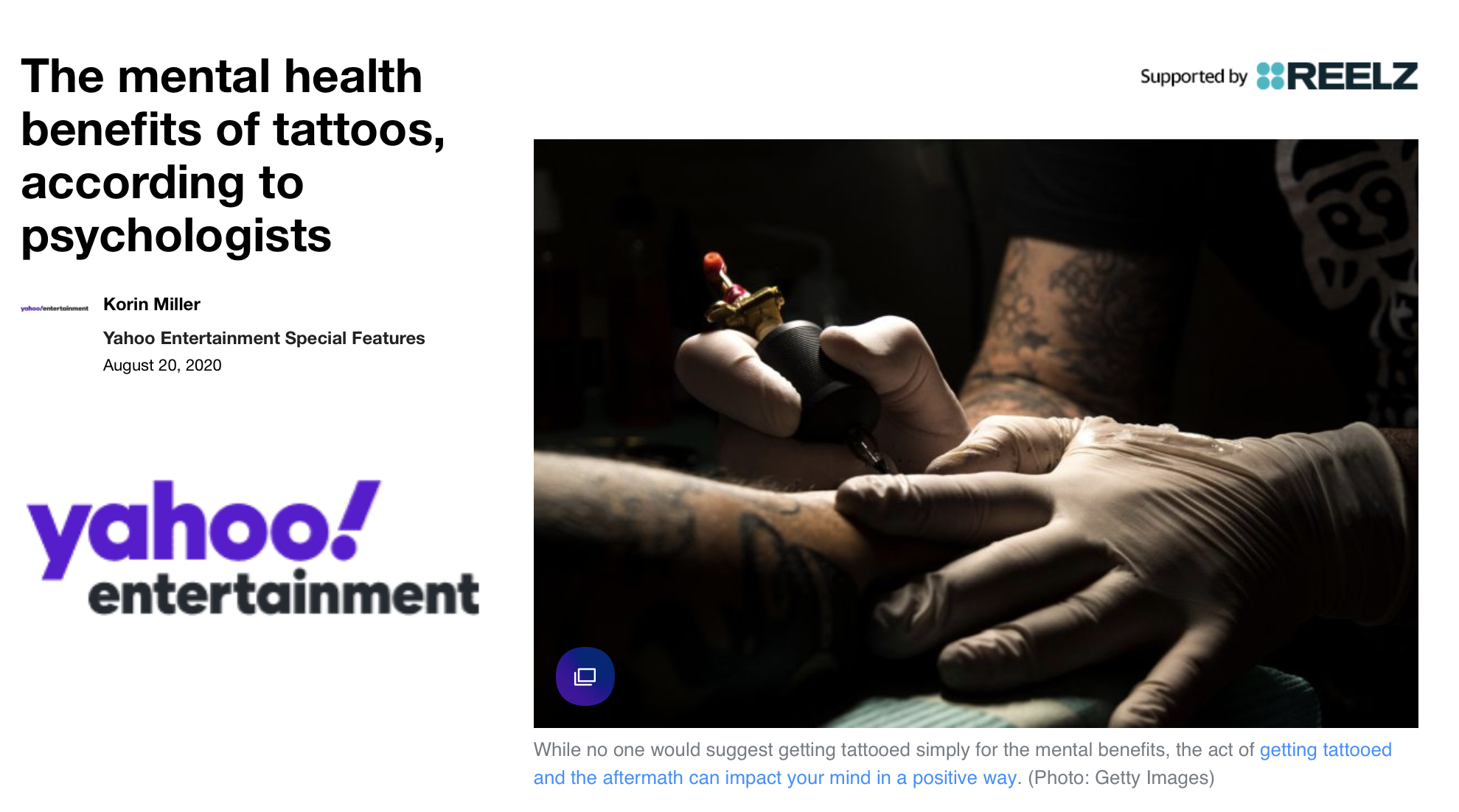 The reasons people have been tattooed over the past few centuries have largely varied by culture and time in history. In New Zealand, Maori have practiced a traditional form of tattooing known as tā moko for thousands of years. These tattoos were created to enhance and accentuate a person’s features, while also telling a story. In Polynesian societies, tattooing was considered a rite of passage.

“Historically, tattoos were predominantly used to try to symbolize your association with a particular group,” according to Viren Swami, a professor of social psychology at Anglia Ruskin University who researches body image and body art.

When tattooing found its way to Western cultures, it was originally viewed as something only deviants and people on the fringes of society did. But, over time, tattooing became known as an art form. Now, people get tattoos for a slew of reasons — to commemorate a special time in their life, remember a loved one, to try to project an image to the world or just because they think it looks cool. “In the last 10 or 20 years, more people are getting tattoos to symbolize their individuality. They can express something about your uniqueness as a human being,” says Swami.

No matter the reason for getting tattooed, one thing is clear: Tattoos are linked with a person’s mental health. “People can have a large mental health boost from a tattoo, especially in the weeks afterward,” Swami says.

While no one would suggest getting tattooed simply for the mental benefits, the act of getting tattooed and the aftermath can impact your mind in a positive way. Here’s what you need to know.

One study of 82 people with tattoos conducted by Swami and published in the journal Body Image found that people have “significantly” less anxiety and dissatisfaction with their appearance immediately after getting a tattoo. They also have greater body appreciation and self-esteem at least three weeks after getting a tattoo. Swami’s research found that those feelings decrease with time, but that the majority of people plan to get another tattoo at some point.

“We like to adorn our bodies — wearing makeup, coloring our hair, wearing jewelry,” celebrity tattoo artist Paul Timman, tells Yahoo Entertainment. “Some people get tattooed for the same reason. They like the look and feeling it gives them.”

It’s common for people to get a tattoo to commemorate surviving a serious illness, like cancer or depression. “Serious illnesses can devastate one’s body and physical function [and] tattoos can symbolize claiming one’s body back from the illness,” Jennifer Carter, psychologist at The Ohio State University Wexner Medical Center, tells Yahoo Entertainment. “Tattoos can signify strength and survival, reminders of a battle.”

Tattoos can be a regular reminder of an athletic achievement.

It can feel amazing to have a major athletic accomplishment in life, like winning a championship game, making the Olympics or running a huge race — and plenty of people have gotten tattooed to commemorate it. Olympians Missy Franklin, Simone Biles and Ryan Loche have Olympic rings tattoos, for example, and they’re far from the only ones.

“It can symbolize that I feel great about my body and I respect that it’s enabled me to do something big,” Swami says.

Tattoos can be cathartic after the loss of a loved one.

Brooklyn-based tattoo artist Lalo Yunda has several stories of people who got a tattoo to commemorate the loss of a loved one. One is of a man who used to go on expeditions with his brother. The man’s brother died on a climbing trip, but not before giving him a feather he found on a previous journey.

“This guy brought in the feather and wanted to get a tattoo of it,” Yunda says. “He told me the story behind it. His brother was only in his mid-20s when he died.” Yunda reveals that the man “had a big smile” and “got teary” when the tattoo was completed. “It was definitely closing the circle for him,” says Yunda. “I get goosebumps thinking about it. That tattoo was meaningful.”

“Tattoos are a great conversation starter, and those with plentiful tattoos are part of their own culture,” says Carter.

Timman has one client in particular who started with no tattoos and now has body art across both of his arms, chest and back. “He created this alter ego with his tattoos,” Timman says. “He now has confidence to talk to women and he walks proud — he’s a new person.” The client recently came in to Timman’s shop to thank him for his work. “He said, ‘People are noticing and women are looking at me now.’ It made him feel like a new man.”

Tattoos can open someone up emotionally.

Tattoos “can represent a way of expressing something personally meaningful without speaking it,” according to Joseph M. Pierre, clinical professor in the Department of Psychiatry & Biobehavioral Sciences at the David Geffen School of Medicine at UCLA.

One study published in the journal Current Psychology surveyed 175 college students about tattoos and found that 12 percent said their tattoos were an expression of who they were. “My body is a book, my tattoos [are] my story,” one said.

Tattoos can serve as “a kind of window to emotions or experiences that might otherwise be hidden,” Pierre says. Getting a tattoo can even be “a way of processing something, similar to keeping a diary, but without words.”

But experts say that the mental health perks of tattoos can change over time.

Swami’s research has found people tend to have immediate positive after-effects of getting tattooed. “You feel more unique and people are giving you more attention,” he says. “But within a month or so, you’ve gotten used to having a tattoo on your body.” People can still feel unique and inspired by their tattoos at this point, Swami adds, but the effects will often be “diminished” from the high they experienced in the immediate aftermath of the tattoo.

It’s not necessarily a tattoo-specific thing, though. “We tend to have a happiness ‘set-point’ that we will likely return to no matter what,” Carter says. “Tattoos will not make us happy forever — that’s not how happiness works — or magically make a mental health disorder disappear.”

There is a big difference between diminished mental health benefits and regret, according to Swami. He’s found that many people tend to be happy with their tattoos, at least when they weren’t done on a whim. Marie Leger, a dermatologist at Metro Dermatology New York City who specializes in tattoo care, agrees. “We do tend to see less regret when people wait a bit and put more thought into it,” she says.

While tattoos can come with mental health benefits — in the immediate aftermath and future — experts stress that people keep the permanence of body art in mind before getting tattooed. “For good or bad, the marker you have on yourself is going to be there for a long time,” Swami says.

This article is supported by Reelz. It is editorially independent, with no influence or input from the brand.